The time has come, and I have a new blog. Please see all future posts here. http://jordanbruner.tumblr.com/
Posted by Jordan at 12:20 PM No comments:

I just got Girl Crushed

The lovely ladies over at Got a Girl Crush totally just crushed on me. I am SO FLATTERED!
Posted by Jordan at 8:31 AM No comments:

Music Video for Tourniquet is a Staff Pick on Vimeo! 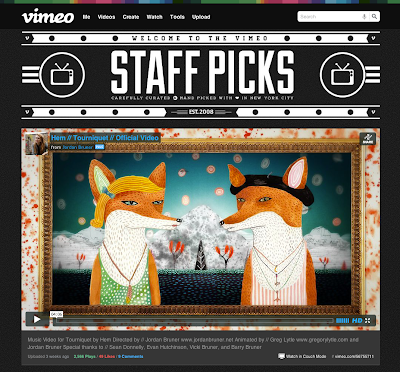 The commercial I directed for Linda McCartney Foods has been posted on Motionographer! It wouldn't have been possible without our "all star" team!

This psychedelic love letter of a commercial for Linda McCartney Foods was directed by Jordan Bruner and produced by Passion Pictures NYC/Strange Beast NYC. The animation, created by an all-star team, transports viewers into a fairy-tale world where characters like Horse Boy, Napoleon Dog, Ballerina Cat and Linda, herself, join the McCartney family in a musical fanfare that culminates with a meat-free woodland feast.

Read the article and watch on NPR's website by clicking here!
Posted by Jordan at 2:06 PM No comments: 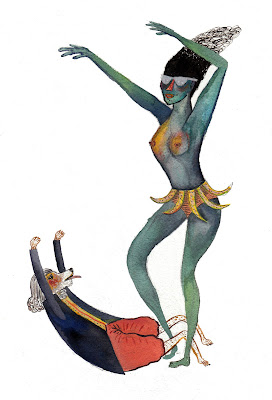 I have been organizing files on my computer and realized I have never posted this painting! I made this for a Behance alphabet where 26 artists were selected to make a letter. I made a J because I'm a narcissist. This is supposed to be Josephine Baker with a Jack Russel Terrier dressed as Thomas Jefferson.
Posted by Jordan at 8:01 AM No comments:

Caitlin Smith interviewed me and two of my favorite animators, Julia Pott and Kisten Lepore, for the new Aritzia blog. I'm so excited to be featured with such talented ladies!
Read about it here! 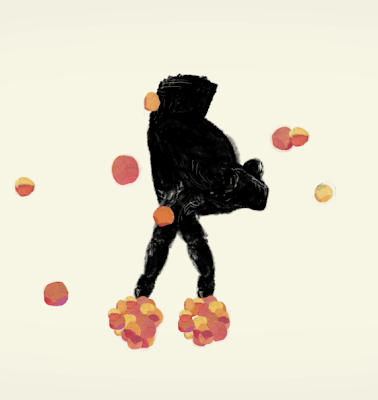 Posted by Jordan at 5:42 PM No comments: